Introduction to HPC & What is an HPC Cluster? 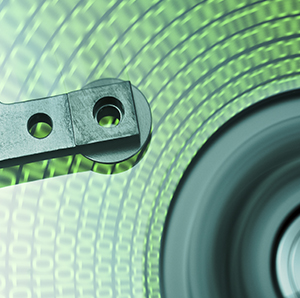 This is a 3-part series on High-Performance Computing (HPC) Storage:

Part 1: Introduction to HPC & What is an HPC Cluster?
Part 2: What is HPC Storage & HPC Storage Architecture
Part 3: HPC Storage Use Cases

Many of the most pressing challenges today in diverse fields such as manufacturing, life sciences, energy exploration and extraction, financial services, government & defense, and scientific research are using the power of High-Performance Computing (HPC) to create more optimized products or understand the physical world around us. HPC has become interwoven into many organizations’ workflows and not just a side business that operates independently. With such a wide range of domains using HPC today, designing and implementing an efficient infrastructure requires knowledge of the applications that will be used as well as planning for future growth. Many organizations may be using HPC in more than one industry, which requires the solution to be flexible for different computing, storage, and networking requirements. The market for HPC servers, storage, middleware, applications, and service was estimated to be  $27 B in 2018 and will grow at a 7.2% CAGR to about $ 39B in 2023. (Reference 1). HPC storage alone will grow from an estimated $5.5B in 2018 to $7.8 B in 2023.

What Defines an HPC Cluster?

An HPC Cluster is defined as a collection of the components that allow for applications to be executed. The software will then typically run across many nodes and access storage for both the reading and writing of the data. All of this, including the communication between nodes and the storage system, needs seamless communication. Typically, several different types of nodes comprise an HPC Cluster. HPC cluster components will include:

You may also like:
Lustre File System Explained
5 Reasons Why IBM Spectrum Scale is Not Suitable for AI Workloads
Isilon vs. Flashblade vs. Weka
Gorilla Guide to The AI Revolution: For Those Who Are Solving Big Problems
NAS vs. SAN vs. DAS