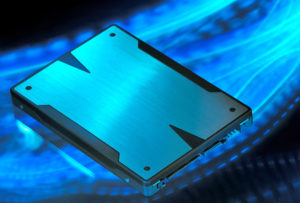 For many years, the price-per-GB of flash-based storage alternatives has been dropping faster than the price-per-GB of HDD-based (hard-disk-based) storage alternatives. The gap has been closing, and with the availability of larger-capacity QLC flash NVMe devices from Intel and Samsung, for many configurations parity will effectively be reached during 2019, or worst case, 2020. And that’s why my first and foremost New Year’s Resolution recommendation is to stop buying HDD for datacenter storage.

Even if the price isn’t yet equal, it’s now in the range where the difference is so small that the OpEx savings (reductions in power consumption, air conditioning, and floorspace) should provide compelling justification to go with flash instead of HDD. Why wait until there is no excuse left not to make the smarter purchase decision?

Given the undeniable trend, it’s like someone tempted to buy new desktop CRT displays for hundreds of employees that last year when the acquisition price of a CRT was slightly cheaper than a flatscreen alternative. When each one was $20 cheaper, so what if CRT products had been banned for years in Norway and Sweden because of adverse affects on health, and why worry about them being heavier, bulkier and taking up more space on a desktop. And fuggedabout all the extra cost and difficulties associated with disposing of the bulkier eWaste they would inevitably become….

Consider this… How great would your “buyer’s remorse” be in 2020 or 2021 if you’d purchased a petabyte of HDD (instead of flash) in 2019? And how will you feel about that decision in 2022? 2023? What the heck are you gonna do with all those disks in 2024 and later as they become increasingly expensive to replace as they fail? (Statistically, hard disks fail far more often than solidstate storage, in part because of the moving parts and vibration.)

Some people might detect some hypocrisy here, in my declaring this resolution, but it’s not that simple. allow me to explain? Apologies in advance for this brief backgrounder.

WekaIO’s software-defined-storage leverages NVMe flash to realize the world’s fastest file system. What is less-widely-known about our software is that it is also a tiering solution.

Many of our customers deploy hundreds of terabytes (or increasingly often, petabytes) of NVMe flash storage, and most of installed base of customers are also using our software to tier a much larger complement of their data into HDD-based object storage. The whole body of data is entirely presented by our software as a single global namespace, accessed by applications via a POSIX file system, even though a large portion of less-frequently-accessed data has been sharded into objects stored on hard disks.

As the economics of physical storage evolve, WekaIO expects that its customers will consider replacing HDD with flash even for the secondary storage layer. One alternative we expect to see embraced increasingly often will be fast NVMe flash storage for the “hot tier” and lower-cost QLC flash storage for the object storage layer. QLC will soon rival HDD in acquisition pricing per TB, and will certainly confer significant OpEx savings thereafter. However, it doesn’t have the Write performance characteristics we expect in the hot tier.

Some people have wondered whether there could be a role for HDD in a third tier below QLC. Personally, I doubt it, because high-performance tape solutions like the Spectra Logic’s BlackPearl “P” Series already use flash storage to deliver a more attractive proposition for that layer.

AI, GPUs, and Storage Use Cases in Healthcare