Data is the core of artificial intelligence; without data there is no learning and the more data available to the training systems the better the accuracy. Customers have been utilizing high-performance data storage solutions that were originally built for HPC environments to address the data challenges of machine learning. One of the more prominent high-performance storage solutions is IBM’s Spectrum Scale™ file system. In this blog post I outline five specific shortfalls of Spectrum Scale that limit its ability to meet the demands of AI systems.

1. GPUs are Performance hungry, you need the fastest shared file system for NVMe

IBM Spectrum Scale (aka IBM GPFS) was developed 25 years ago to support the high throughput needs of multimedia applications. And for the subsequent 15+ years it was optimized to deliver the highest large file bandwidth performance from hard disk drives. But the world has changed dramatically in the last ten years, flash technology has revolutionized the data center and workloads have changed from large sequential to metadata intensive small File I/O intensive big data workloads. The technology designed and fine-tuned to solve streaming applications is not suitable for the age of big data and analytics. IBM continues to develop its Spectrum Scale product, yet the file system still cannot deliver performance for small file, low latency, I/O intensive workloads. Standard industry benchmarks prove that a flash native file system such as WekaIO Matrix™, out-performs Spectrum Scale by a wide margin regardless of the workload.

2. Data is Your Most Valuable Asset, You Must have an Efficient Way to Protect It

Data is the most critical element for any training system, but you can’t leave it unprotected. Instead, the storage system needs to be self-protecting. IBM Spectrum Scale software lacks the following data protection features:

3. Product Functionality Will Vary Depending on Deployment Type It

IBM Spectrum Scale varies its feature-set depending on how it is deployed so what you get on-premises will not be the same as what you get in the cloud. Extensive data sets will sometimes require the ability to move from on-premises to cloud deployments to take advantage of scale. Users must consider those feature-set differences when evaluating Spectrum Scale and may need to deploy additional storage solutions to achieve their operational goals. Almost every deployment is unique (network, client RAM, total storage, performance, etc) making cloud agility an impossibility.

A true software-only file-system that can seamlessly span from on-premises to the cloud based on end-user’s requirements will ensure future AI systems can deliver the outcomes required. WekaIO Matrix utilizes the same software on premises or in the cloud and can seamlessly move data between the two environments.
4. You Need a Predictable Cost Efficient Storage Solution as Data Sets Grow

A useful AI storage system must be both scalable and affordable, two attributes that don’t always coexist with IBM Spectrum Scale. Why? As mentioned above, how you deploy Spectrum Scale drives the cost to end-users. Let’s review some the options:

Simply put, there is no one Spectrum Scale and depending on what your goals are, you may end up with multiple solutions to support the end-to-end workflow of machine learning applications.
5. Little Cloud Integration

With much of the AI/ML innovation occurring in the cloud, seamless cloud integration is an important requirement for new storage deployments. Spectrum Scale recently introduced cloud API (Swift and S3 emulation via Swift) Transparent Cloud Tiering (TCT) and cloud data sharing to Spectrum Scale, but it falls short in:

Spectrum Scale was designed in 1998 to optimize hard disk I/O, primarily for use cases that needed lots of bandwidth. However, today’s applications require a modern file system unencumbered by legacy design constraints that are based on 60-year old hard disk technology. There have been many advancements in virtualization techniques, solid-state disk technology, and hashing algorithms that were not available when this file system was designed. 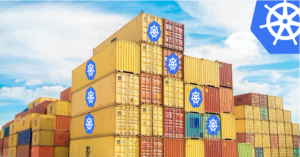